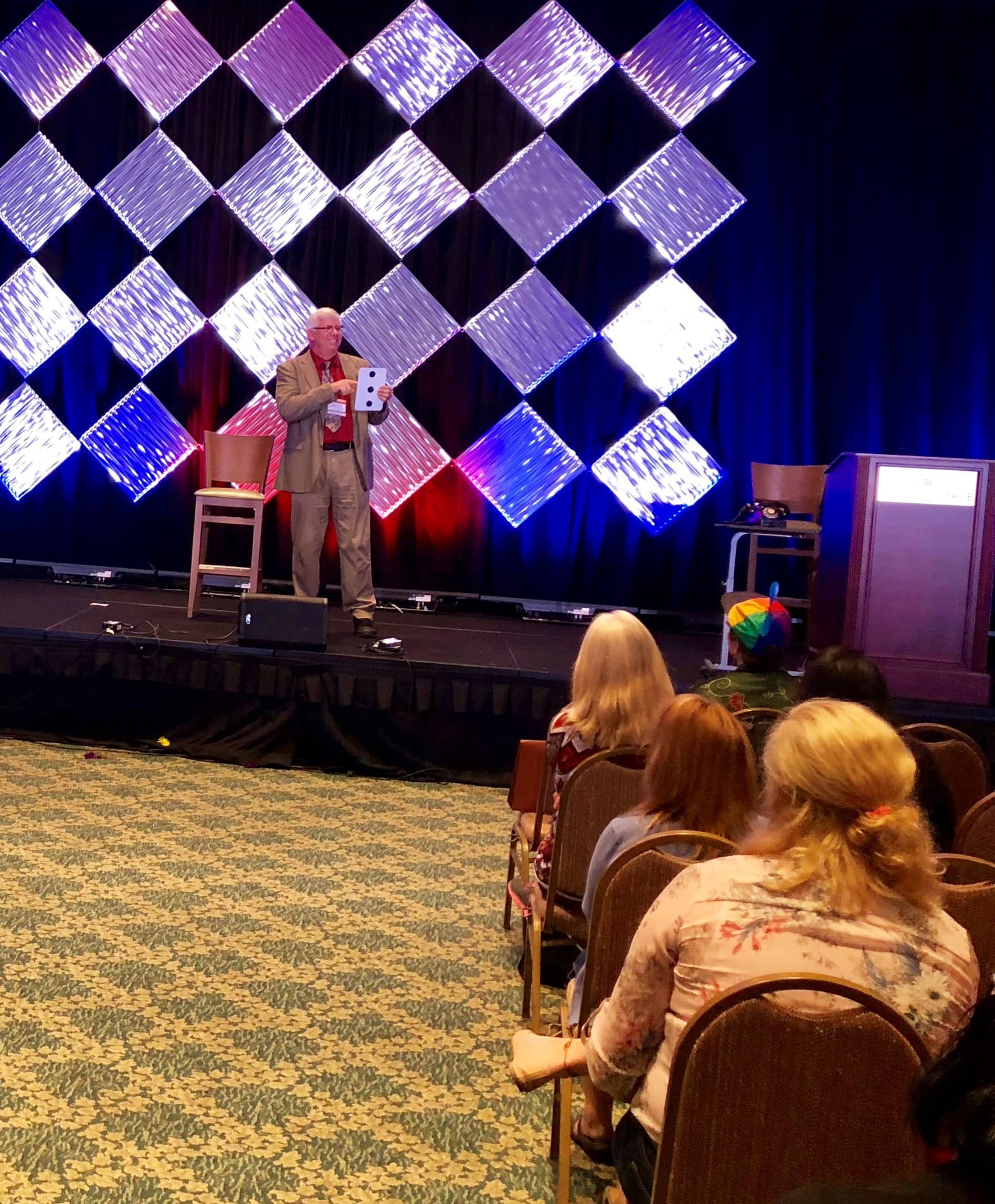 How did I become a Cast Member at Walt Disney World? By being willing to be told No.

In the fall of 1991 my wife and I felt that the timing was right to leave the military and relocate from Scotland to Orlando. I set my sight on a getting a job at Disney World. The thing was despite the fact that I felt that Walt Disney World and I were a great fit they kept saying no. I would walk in, I don’t know, every two weeks or so, sit with the interviewers, and say, “I’m a magician.” And they would look back at me and say, “I’m very sorry, we don’t have a position for you.” And this repeated itself for months.

I believe to this day that the real reason that I finally made it into a role at Disney World was because I refused to self-eliminate. I just kept showing up until they said, “Yes.”

Each time when they would turn me down, when they said “No” to me, it wasn’t because they didn’t want me. That had nothing to do with it. They saw how driven and passionate I was, they understood that I had skills and a background that would probably benefit them. The problem with every failed attempt I made to get hired at Walt Disney World was that they genuinely didn’t have any position suited for my personality. It’s not that they wouldn’t hire me, it’s just that they would only hire me when they had a ‘right fit’ job for me.

It was widely known that Disney would hire only 10% of the applicants who applied. They had that luxury largely due to the status of their reputation as an employer of choice.  They always had far more applicants than the number of jobs that they needed to fill. There was no reason to  hire me until they had the right job for me.

If I had taken their first “No” as a final answer, I would have denied them the opportunity to finally hire me when they had the right job for me. It was never about the fact that they didn’t want me, it was simply that the timing wasn’t right.

This process repeats so many times whenever an actor is debating about auditioning for a theater job, or when anyone is considering applying for a new job or asking for a new position within the firm that they are working for.

If you decide in advance that you probably aren’t going to be good enough, that it’s probably not going to be worth your time, or worth your effort, what you are really doing is choosing to deny them the opportunity to make that choice.

If you prefer sports analogies; you don’t step up to the plate. You don’t pick up the bat to take your swing. Baseball players know that you will miss more balls than you hit. But you have to take a swing. If you don’t take a swing, you will never hit any of them.

Would you like to know how to build an award winning dinner show in Orlando, Florida?

It’s very similar to taking you turn at bat. It supports the idea that more than anything it is a numbers game. Somewhere, someone, has the ‘Yes!’ answer that you are looking for. If you know that there’s a one in one hundred chance of finding the person who’s looking to hire you, then your real job is to burn through the No’s as rapidly as you can in order to get to the “Yes!”.

When we wanted to establish my own resident dinner show here in Orlando, my team and I set out to identify who every single gatekeeper was, those who might have a venue, and any operation that could support our dinner show.

That is until we got to the Sheraton Vistana Resort. The Vistana was Sheraton’s flagship timeshare resort in 2011. We walked in for the exploratory meeting with the GM and the head of Food and Beverage, just like we had done with all of the other GM’s and food and beverage managers. But this time, the answer was, “Yes!”

And that’s how we established an eight year residency at the resort. During our run we were twice named the best dinner show in Orlando by the readers of the Orlando A-List awards, and it was an incredibly rewarding and fulfilling growth opportunity for me.

But if I had started by saying, “Ugh, there’s too big a market, there’s too many magicians, the area’s already saturated, these people aren’t going to want to go for this,” I would never have even tried. It wasn’t about if I could perform a dinner show, it was only about if I could locate the person who wanted what I was offering.

You have one choice; you have to get out there and collect the “No’s” in order to reach the “Yes!”

You are going to put in your application, submit your manuscript, ask for a job interview, show up to an audition, and, when you are told “No,” you say, “Excellent, that is one more ‘no’ that I have now crossed off so that I can reach my “Yes!”

If you accept this, then you also should realize that you don’t want to drag it out any longer than necessary. Why increase the pain and suffering by spreading this over time? Your job is to burn through this process and collect the “No’s” as rapidly as you can. Collect as many “No’s” as fast as you can, so that you can get to your “Yes!”