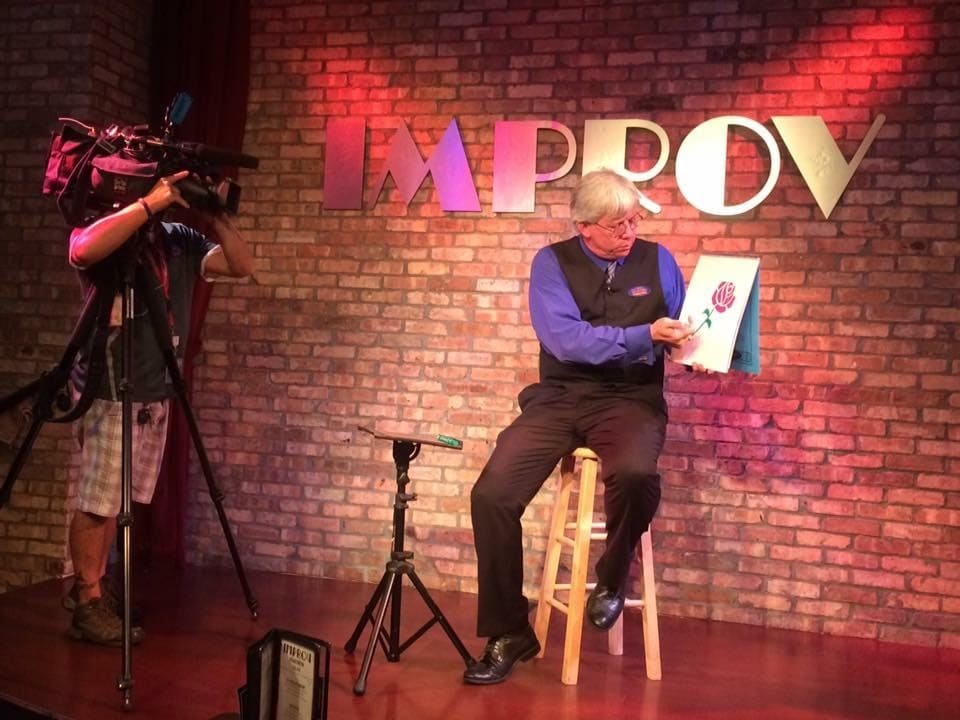 Do you have a Backup Plan

You also have people that love you, people who have helped you and supported you, and the truth is they don’t want to see you hurt or struggle, and they sure as hell don’t want to see you fail. So they help you try to establish a safety net. If your dream seems too unrealistic, or unobtainable, too high, they very may well say, “Well that’s great, hon, but what’s going to be your backup plan?”

Full disclosure: until I was 45 my life was a series of Back Up Plans.

As a young man I dreamt of being an actor. Almost immediately teachers and the supportive adults around me said, “That’s wonderful, but you know that a majority of actors go very long periods of time living in their cars. You don’t want to do that do you? What are you going to do for your backup plan?”

Faced with those kinds of odds I did what most people do and immediately started thinking up a backup plan.

My obvious backup plan was realizing that I should learn my craft, go to college, and major in theater. Hm, I said to myself, it might be safer to minor in theater and major in education. If I did that I could get a teaching degree. Then, Hey, if I don’t make it as an actor can at least get a job a drama teacher. And before I had graduated high school my back up plan had a back up plan.

This made imminent sense to me Because going to New York, going to Hollywood, going somewhere to be an actor was crazy talk. But it wasn’t crazy if my back up plan was that I would go to college and become a drama teacher.

But college, oh my god. My family didn’t have that kind of money. My grades certainly were not going to get me a scholarship, besides which, neither of my parents were using college degrees. Obviously I needed a financial back up plan to finance my back up plan. If you are trying to keep score; the back up plan for my back up plan needed a back up plan.

How was I going to pay for college? I joined the Navy. So my backup plan for going to college was to join the military and earn the money to go to college.

Here’s the thing: In the end I never did go to college. And I never moved to New York. And I never went to professional acting auditions. Because I had a backup plan. Don’t get me wrong. I have had a very fulfilling career. I am a father, a husband, a successful magician and now an entrepreneur. I don’t spend much time wondering about what might have been, but, it does cross my mind from time to time. My hunch is that in the final analysis I would probably be very close to where I am now, but, I suspect I would have arrived here much quicker.

My realization is this; the time and energy that you invest in developing a back up plan is robbing your ambition to achieve the original goal. Think of it as a trade off. Failure is not an option vs Self Fulfilling Prophecy.

In a research study done at the University of Zurich it was shown that the day you develop your backup plan, that is, gave yourself an out, is the day you diminished the odds of achieving your first choice. The day you identify what you will do instead is the moment you decided the other choice was too hard and begin to view it as unattainable.

This is not to say that having a lazar focus on your goal will make achieving it any easier but by not having a back up plan you are not running the risk of reduced motivation or reduction in effort.

I have seen this phenomenon manifest by people who establish a defined target, are focused on what they are going to do, and are willing to put in the work until they reach that goal. It doesn’t make it easy for them. Many of them did without for long periods of time until they got what they wanted, and all because they had no backup plan.

It is worth noting that I’ve seen many people, more people probably, who knowing how hard achieving their first choice might be, developed a backup plan, I don’t know very many of them who got to their first choice. They went down the path that wasn’t as hard, risky, or painful. They didn’t get to thing they had originally wanted. That is not to say that they aren’t successful, they just deviate from their original desire and changed the goal.

So, what does all this mean?

If you are so focused on reaching your goal that you’re not willing to develop a backup plan It absolutely improves the odds of succeeding. If there is no backup plan, then failure is not an option. You will only work towards that one goal.

Think of it another way: Without a back up plan you will spend your time taking the steps you have to take, finding the tools you have to acquire, learning the skills you have to learn in order to achieve the goal.

The very act of creating a backup plan means that you acquire other skills. You develop other contingencies, you diversify your focus. You spend time and energy making it safe to fail.