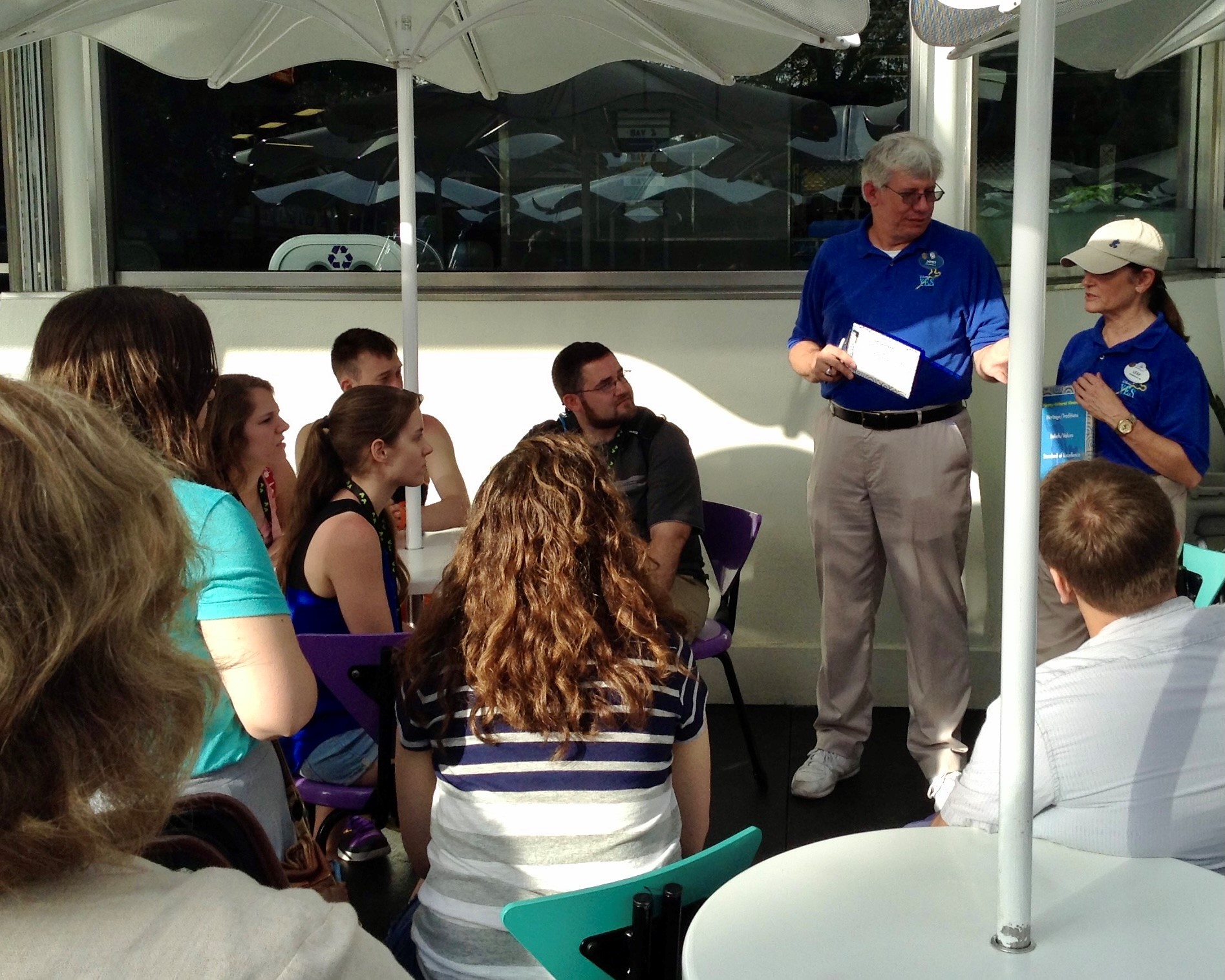 Don’t be a Jerk. You Probably Can’t Afford It.

Because People Will Notice

There are a lot of people at Walt Disney World. Every. Single. Day.

In 2019 it was reported that an average 1.7 million guests visited the Magic Kingdom Park each month. That’s almost 21 million a year. To support the operation of just that one park there are 10 – 15 thousand employees known as cast members. I think you get the idea; thousands of cast members taking care of millions of guests. The shear size of it all is hard to visualize. And it can become a bit overwhelming for both the guests as well as the cast members.

A typical family of four visiting Walt Disney World may very well have saved three to five years to make this trip and during their visit they will meet thousands of cast members. Those individual interactions are the key driver that effects the overall guest satisfaction ratings of the resort. It’s the cast members that have the strongest impact on a guest’s joy and happiness during their vacation. Collectively those interactions are more impactful to the overall guest experience than the rides, attractions, or the food that they purchase. Survey after survey has shown that guest satisfaction scores, and therefore the guests desire to return. are most influenced the interactions with the cast members.

During my years at Disney I learned that as a cast member I will most likely only meet that guest once. In that moment it is important for me to remember that this one interaction may be my only opportunity to have an impact on this guest’s vacation. My actions will determine if that interaction will end in a positive or negative way.

Clearly for the Disney Brand it’s important for cast members to maximize that moment and use it to it’s best advantage. Priority has been placed on establishing habits and actions that promote positive interactions. This is done by creating what are called “Magical Moments”. During their shift cast members are encouraged to seek out opportunities to create extra special moments for guest.

Now you have thousands of cast members each making it a goal to create a magical moment during their day. That means all those cast members are impacting a much larger percentage of the guests. If you know that “customer service” is the most important thing that cast members can do as part of the business operation than it only makes sense to train your team to always work to provide the best interactions possible.

The big idea here is that this simple approach should not be limited to Disney or Theme Parks or Hospitality.

We are all customers, and we all have customers.

Whenever you meet anybody in any situation in any location, you are involved in some sort of an interaction. It’s either because you have something that you need or are looking for, or, you have encountered someone who needs something from you. In that context we are all customers, we all have customers. If you are the CEO of you then every interaction is a moment to establish a positive or negative impression of your customer service.

Powerful things happen if we apply this idea, this same customer service philosophy, to the rest of our interactions throughout our day. We begin to realize that we have a moment, an opportunity here, to create either a positive or negative impression of our personal brand. We are communicating to those around us this is what I do and the type of person that I am. Whether or not any given interaction directly benefits me is irrelevant. It’s simply that I have this opportunity to create a positive or negative moment right now.

The average person doesn’t do this because we all have a natural tendency to disregard most of the interactions and moments we have throughout the day. They miss these moments for a variety of reasons; because the person they are interacting with is a onetime brief interaction. Because that person does not have perceived importance. It’s the bagger at the grocery store or the person I pass while I am out walking my dog. It’s the lady at the library or the bank. It’s the unexpected individual I come in contact with while I am going through my day. So we treat them in a very offhand or dismissive manner. We miss the random moments, the impact of our interactions on those we interact with, constantly. We just think of these as inconsequential moments if we even think of them at all.

What would happen if we decided that we are in the customer service business? What if I accept that I have a moment here to create a positive or negative interaction across the board? it changes how we interact with everybody.

There’s an old adage in business;

if you want to know the true nature of someone that you are considering doing business with, meet with them in a restaurant setting.

The way a business associate will interact with you may be different, potentially very different, than the way they will interact with the server. You are having a business lunch with an individual who needs something from you or who hopes to influence you or perhaps is trying to gain a favorable position with you in some way. On the other hand, the server who is taking care of you during your visit is not. The server is only trying to provide you with a service for the amount of time that you are seated at the table. Psychologically the person you’re having lunch with will regard the server differently than they will regard you. A) the server can’t do anything for them in the future. B)  they don’t need anything of the server other than their food and their drink. Once the meal has been completed, there is no further value to the relationship.

The business adage states that if the person you are meeting with is behaving respectfully to you, but then being curt, flippant, dismissive. or worse just outright rude to the server, then this is not a good person.

We have all heard stories about celebrity interactions. “So and So famous person was in the hotel and they were just a sweetheart, they were so nice, they were so kind.” OR “Man, you know, that is not the person you see on TV. They were just rude and crass and just an awful person.” And all that this proves is that every interaction, every action that we take, has consequence.

If you spend time working in entertainment you meet many celebrities. Some will be fun to meet. Others, less so. Sometimes a celebrity may very well come across as someone who is using their position, their fame, their prestige, their influence to demonstrate their celebrity. It comes across as extremely negative. I believe that the term is referred to as high maintenance. Their actions show that they feel they’ve achieved a superior level that demands respect, but they don’t pass that respect back down.

I have always kept in mind something my mentor told me, “Be very very kind to everyone you meet on your way up because those are the same people you will more than likely meet on your way back down.”

We all have customers,  and we are all customers as well.

If you are in a leadership role now, or if you are working toward one, are you using the seemingly random interactions during your day to demonstrate that you value the other members of your organization that work with you? You should be. How leaders treat subordinates matters. It’s a valuable opportunity for creating either a positive or a negative interaction with another human being. Just because its random doesn’t mean it doesn’t have consequences. You can tell yourself, “Well, their opinion of me doesn’t matter” but you have no way of controlling how that will play out in the future.  “Wow, yeah, I met them once and they were not nice. No, I don’t care how they come across when you see them. I’ve met them when they were showing their true colors.”

If you are your personal brand you are in the Customer Service business. Your customer service is really the sum total of the interactions that you have with other people.

Try to create positive moments in all of your interactions. Remember, “The person who believes that they are a nice person but can be rude to the server is not a nice person”. Actions speak louder than words. It’s not what you said, it’s what you did. It’s the momentary interaction, the impact you had in a positive or negative way on another person.