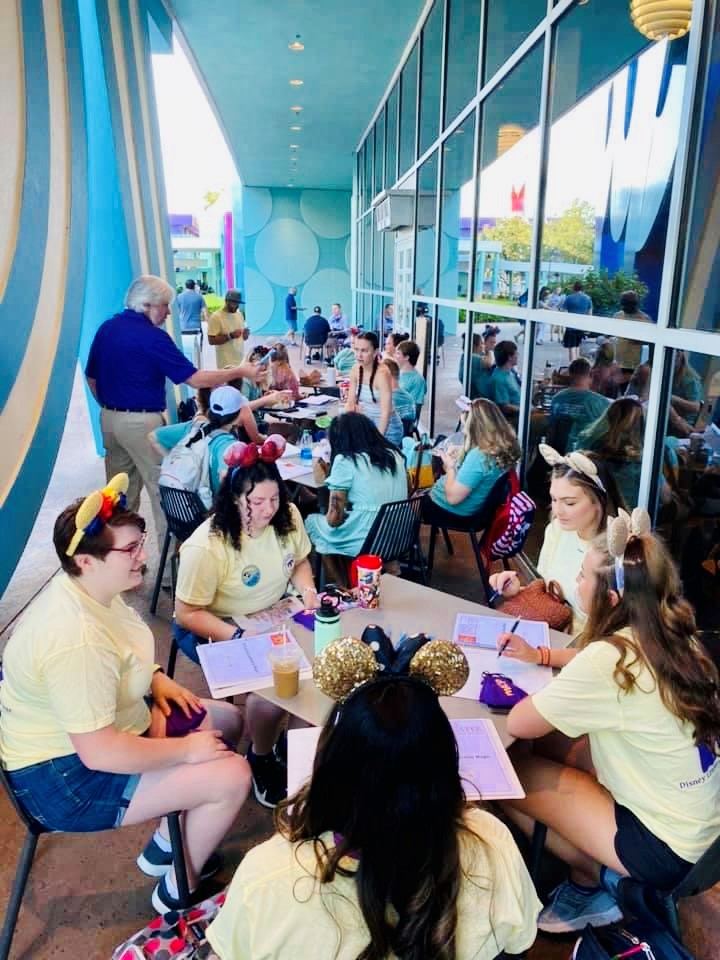 Actually, I did not know that I was going to write a Pt. 3. I thought that I had said all that I planned to say in the first two essays. I mistakenly thought that I was ready to move forward to another lesson. But my mind was not quite ready to leave this one behind. So here we are.

I wonder if I would like that kind of food? I don’t know, I didn’t eat that growing up in Texas.

I wonder if I would enjoy that activity. I don’t know, I’ve never been exposed to it.

Learning, and having access to a wider range of experiences, is far more beneficial than just the fact that it’s interesting. It also provides an advantage.

The advantage that it provides is greater opportunity. Learning what we don’t know moves us into a bigger world. It gives us insight, perspective, and thoughts that we don’t already have.

But, I can decide to learn what it’s like, to some degree, to have walked somebody else’s path. I will only learn that by being open to listening and giving them the opportunity to tell me those stories, to share those experiences with me. If I don’t consciously work to open up my world view to different stories, then I can’t gain access to that knowledge. The knowledge, and the associated experiences, are out there. The only way I will rise to that level is when I stop saying, “I have all the answers,” and freely admit to myself up front and to the people I work with that I don’t know what I don’t know, and I’m not going to try to pretend that I do. I am ready to learn.

A frequently repeated business expression says; if you’re the smartest person in the room, you’re in the wrong room. Let’s add; if everyone in the room has a similar background you need to bring more people into the room. Or perhaps you need to move to a different room with different conversations.

In nearly every instance it has been an advantage to surround myself with people who know a lot more about things than I do. Isn’t that how we learn? This began when we attended school but upon graduating we are lead to feel that it is more important to show mastery and exceptionalism.

Needing to be seen as exceptional creates a shift in our thinking. As we grow older we fear that not being perceived as the most knowledgeable person in the room might be seen as a sign of weakness. This thinking is limiting and becomes dangerous to my ability to continue my own development.

The danger is that when I attempt to position myself as the most knowledgeable person in my circle, or worse, when I build a circle in which I am the authority, then I am far less likely to actively listen to the thoughts and ideas of others. After all, I know more about the subject than everyone else present.

I remember an impactful day in my Walt Disney World career when Resort Leadership was making a presentation to a core team of cast members. The assembled team was mostly comprised of trainers that worked in attractions and operations. The focus of the meeting was to share updates and information about the new guest assistive devices we were incorporating into our park experiences. Disney was introducing new vehicles that could accommodate guests with mobility restrictions.  They had incorporated new ways to provide reflective captioning for guests who were hearing impaired. There were new guidelines and improved ways to better provide help to a guest who was visually impaired. It was a huge shift and I was just amazed by all this innovation that was being introduced.

And so when we were asked if we had any questions, I raised my hand and asked, “I’d like to know, how did we learn all of this?” The leader who was sharing the presentation looked at me and said, “Well, that’s simple, we began hiring cast members with disabilities.”

Disney was willing to say, “We don’t know what we don’t know but the only way we can learn that is to put ourselves in a position that we have not been in before”. When Disney started changing the definition of what a qualified cast member needed to be, when they were able to rethink what an abled individual is, it created the opportunity to learn things that they did not know. They learned by welcoming cast members with a more diverse set of experiences.

This month, Disney has made another major announcement that they are readdressing the Disney appearance guidelines. Disney is changing a lot of things that before now were written in stone. How cast members want to wear their hair, rethinking why are only women allowed to wear earrings, reexamining the ban on visible tattoos, and giving individuals the option to wear gender inclusive clothing styles.

For some this seems to be either a radical idea, or, as a tiny why is this suddenly a thing? Well, I suppose that it’s because we had a rigid, locked in definition of what the appropriate appearance of a cast member should be. But, then, the decision was made to put it out there as a discussion, to open it up for conversation. And they involved cast members from all levels, all business lines, all different areas to come in and share their thoughts, their ideas, and their experiences.

The big revelation here is that the decision to change the appearance guide lines doesn’t seem to have come from an ivory tower point of view. It’s come from leadership again saying, “tell us what we don’t know, share with us information we don’t have, because we’re not you”.